While am surfing the net just came accross a new cheap laptop ever. Moreover when we hear anything “cheapest” attached to a gadget, we sure know it would be coming from China. So Chinese manufacturer Allwinner is preparing to launch the world’s cheapest laptop. This one would be priced at $79 Crazy right?
Let’s go over a few specs this laptop comes with: 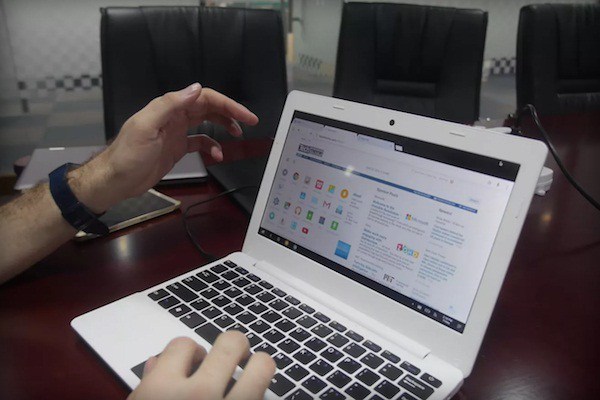 – 11.6″ 1366 x 768 display.
– Allwinner A64 quad-core ARM Cortex-A53
– ARM Mali400MP2 GPU.
– 1GB of RAM, and 8GB of flash storage. (higher options available)
– Remix OS 2.0
– The Cheapest Laptop
Mind you, the cheap price tag would only be possible if the demand for the laptop is high enough – if it is ordered in large quantities. There’s a bigger 14.1-inch version of same laptop that could start at $99. The price could also slightly increased if users need say, a 2GB RAM version or with bigger internal memory (8GB, 16GB or 32GB)
The advent of Remis OS has influenced the emergence of cheap PC’s like the Remix Mini, and here’s Allwinner trying to achieve a similar feat with their cheap laptop. Below is a video review of this laptop.
[mom_video type=”youtube” id=”KbU-syi-Bwo”]