The introduction of novel technologies in this ever changing world is constantly changing the lives of billions of people globally. The television industry has also seen some major changes over the past decades and more inventions and developments are expected in this industry as well. IPTV Set box, Smart TV’s, LED’s and LCD’s are all part of the changes in the Television world. Certainly, these high-tech devices and services are expensive due to their advanced features and amazing performance. But unfortunately, not everyone is capable of equipping themselves with this latest tech.  We help you select an affordable and quality TV technology. 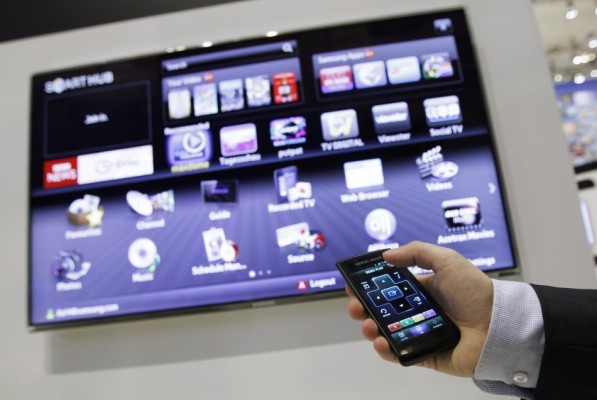 Smart TV
Smart TV also known as hybrid TV or a connected TV is a specially designed set-top box or television set with interactive Web 2.0 features and integrated Internet. It allows users to connect to the internet, access home networks and interactive media online. It is basically a convergence technology between computers and television sets.
Not all Smart TV’s have the ability to allow users to stream content of websites on their televisions. Only specific brands have these costly advanced features. The integrated parts in Smart TV are specially designed to smoothly run apps, OS, Web browsers etc. However, if any integrated part gets faulty the user isn’t able to fix it as it requires soldering and technical know-how. Also adding new apps in some Smart TV brand is quite annoying. Using smart TV you can connect to your Wi-Fi and login to your accounts in Hulu, Netflix and other sites to watch their movies and TV shows. But for this, you must have a working internet connection and it costs more than a regular TV paired with a set-top box. For online purchases and banking activities, Smart televisions are not as safe as computers. You may observe a better quality but it will cost you around $150 more than you would pay for a regular set. Additionally, you are not going to get rid of the cable and satellite companies because Smart TV’s get the same local channels as regular televisions.
IPTV set-top boxes
Internet Protocol television commonly known as IPTV is a distribution system providing video content and television services over a controlled Internet Protocol Network, which the end user receives via a set-top box connected to a broadband connection.
The biggest advantage of IPTV over the other distribution methods is that it lets you decide what information you should be provided with. It is important to notice that the information is not sent over the Internet but only IP Protocol is used for the services. Hence, the broadcasted information is self-chosen and has high speed than the info sent over the Internet. It provides a two-way communication between the user and service provider so that user can request for custom media and it is delivered as requested. You can watch your desired movies, TV shows, news broadcasts, sports and even advertisements. Highly interactive features such as Video on Demand, Electronic Program Guide and Personal Video Recorder make IPTV a perfect choice for Television lovers.  Every individual can view their custom requested broadcasts with features like pause, fast forward and rewind.
Why would someone go for an expensive option if IPTV is already providing the same functionalities at a cheaper rate? After assessing both the TV technologies clever people will choose IPTV over a Smart TV and I also believe that is the right decision. To purchase high quality and inexpensive IPTV Set Boxes or for more information visit set top box suppliers page.