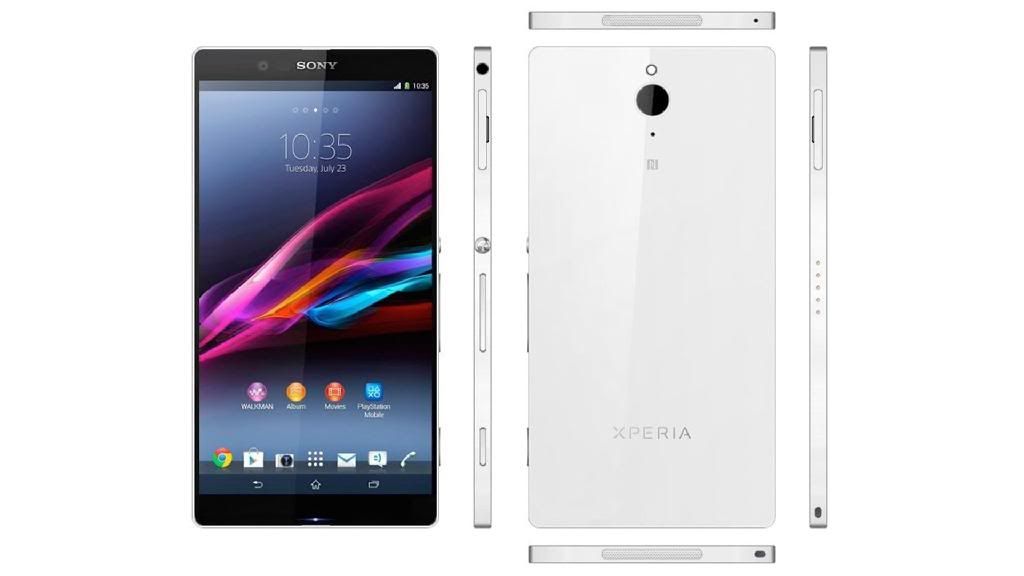 Sony’s flagships have struggled to find success, but that hasn’t stopped the company from quickly iterating its smartphone line to keep up with its rivals. With the Xperia Z now over a year old and the Xperia Z1 staring its six-month birthday in the face, Mobile World Congress comes at the perfect time for Sony to unveil its latest flagship: the Xperia Z2. It certainly borrows a lot from its predecessor in terms of looks and features, but the company’s breathed some extra life into the phone to set it apart from its older siblings. What’s it added, you ask? Head past the break for the lowdown.
The Z2 features a 5.2-inch full HD (1080p) Triluminos display encased in a one-piece aluminum housing.
Its the first device to include Qualcomm’s new 2.3 GHz quad-core Snapdragon 801, which offers faster clock speeds than the 800, and 16GB of internal storage (with microSD support) and a 3,200mAh battery. Sony’s using the same 20.7-megapixel Exmor RS camera found in the Z1 (although there’s 4K recording support tucked away), opting for a slightly improved 2.2-megapixel shooter on the front. That’s all protected from a watery demise by IP58 waterproof certification.

The Z2 includes 4K video recording at 30 frames per second with SteadyShot image stabilization. You’re not going to witness the full glory when you play a 4K video back on the Z2’s 1080p screen (Sony maybe hopes that you’ll buy one of its 4K TVs too), but you’ll still be able to zoom in and inspect the stunning detail of your recordings on the device.

It’s also very light — 426g for the Wi-Fi model and 439g for the LTE/3G model — but Sony nevertheless managed to stuff very powerful hardware into it. The other specifications include a 2.3GHz quad-core Qualcomm Snapdragon processor, Adreno 330 GPU, 3GB of RAM (yes, that’s basically the same as the company’s freshly unveiled flagship smartphone, the Xperia Z2 ), an 8.1-megapixel camera, and a full HD screen.

Unsurprisingly, the Xperia Z2 Tablet shares many other traits with the Xperia Z2 smartphone — surround sound and digital noise canceling, for example. And just like the Z2, the Z2 Tablet will be available from March 2014.

How to Choose a Good Monitor

Forensic Traces to Restore Original Data Even When Deleted by User