The Galaxy S22 and S22+ smartphones are launched on the 9th of February, 2022 alongside the Galaxy S22 Ultra, and the Galaxy Tab S8. Both Galaxy S22 and Galaxy S22+ feature the old look of S21 and S21 plus but a new fast processor and few body changes. Both devices have almost everything in common except the display size, battery capacity, and weight. 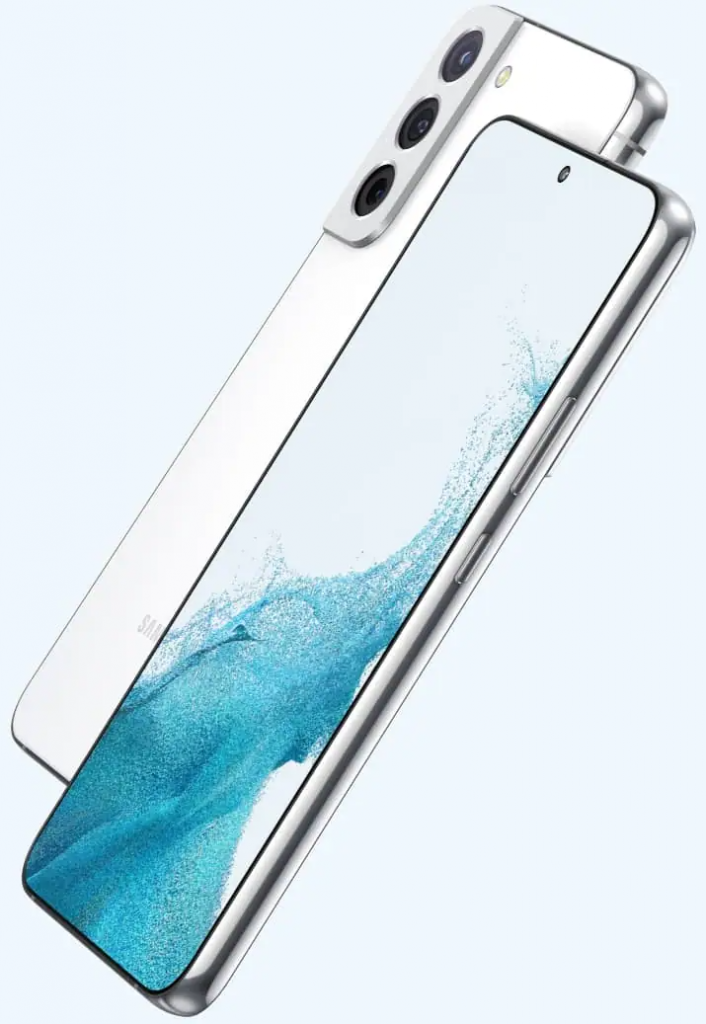 Talking about the Samsung Galaxy S22 display, The smartphone has a 6.1-inch AMOLED touchscreen display with a resolution of 1440 x 3080 pixels. It also has a fingerprint sensor implemented under the front display, we have always seen this with other Galaxy smartphones. This device measures 146 x 70.6 x 7.6 mm (height x width x thickness) and weighs 168 grams.

Talking about the Samsung Galaxy S22 Plus display, The smartphone has a 6.8-inch AMOLED touchscreen display with a resolution of 1080 x 2340 pixels. It also has a fingerprint sensor implemented under the front display, we have always seen this with other Galaxy smartphones. This device measures 157.4 x 75.8 x 7.6 mm  (height x width x thickness) and weighs 196 grams.

Both Galaxy S22 plus and S22 are available in different colors; Phantom Black, White, Burgundy, Green, Graphite, Red, and Sky Blue. Designed for dual-SIM use, they are both compatible with a Nano-SIM card. Both smartphones have gorilla glass victus on the front and back of them for protection.

Talking about the Smartphone hardware, it is powered on One UI 4.1 along with 4nm octa-core Processor. the Samsung Galaxy S22 and S22+ run on Android 12 and have different variants of internal storage (128GB, and 256GB) that cannot be expanded with a microSD card.

Talking about the Smartphone cameras, both Samsung Galaxy S22 and S22 Plus have a triple-camera setup on the back, which includes 50 MP, 10 MP, and 12 MP with f/1.8, f/2.4, f/2.2 apertures respectively. The front of the phone has a single camera, which is a 10-megapixel camera with an f/2.2 aperture.

Samsung is also introducing a new feature called Vision Booster, which automatically adjusts the color and contrast of your screen based on your surroundings. As a result, darker moments in movies and television shows should be more bearable to watch. It is available on all three Galaxy S22 variants.

The Samsung Galaxy S22 Ultra has a variety of connectivity options, including Wi-Fi 802.11 a/b/g/n/ac/ax, GPS, Bluetooth v5.20, NFC, USB Type-C, 3G, 4G, and 5G LTE. The phone is equipped with a number of sensors, including an accelerometer, an ambient light sensor, a compass/magnetometer, a gyroscope, a proximity sensor, a fingerprint sensor. Incredible Ways to Have Fun During Road Trips

Top Destinations for Holiday in December

How to Choose the Best Power Bank for Your Needs

Every smartphone user will experience the finest that Sony...
Phone Reviews

The Huawei P60 Pro is a smartphone that offers...
Gadgets Review

The Huawei P60 Pro Plus is a smartphone that...
Gadgets Review