How to Install Linux Apps on Chromebooks

With version 69, Chrome OS devices can run Linux applications. This is a new change for Chrome OS, when it opens a massive catalog of available software. Here’s how to get started. Before dicking into the details, you should note that the version 69 isn’t yet available for the stable channel; instead, it is only available on the developer channel. To get started, you first have to move over to the beta channel.
Note: You can now move to channels with newer ChromeOS versions without power-washing your Chromebook. But, if you want to return to a stable channel, you will need power-wash your system. 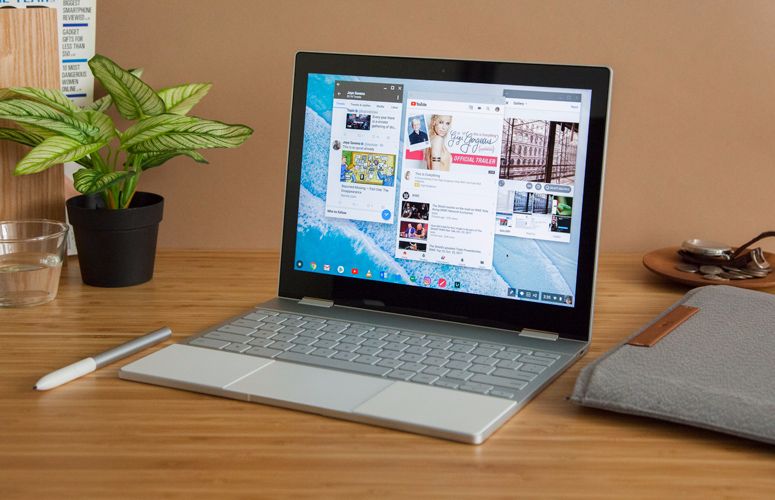 Once you’ve decided to get the beta (or developer) channel, you can now taste Linux apps.

How to Enable Linux Apps on Chrome OS

First of all, you need to go to the Settings menu on your device. To do so, click on the system tray and choose the “Settings” button.
Now, from the Settings menu, you scroll down to the bottom of the screen and note whether the “Linux (Beta)” title is available. If you see it there, it means your Chromebook supports Linux apps. Click on the “Turn On” button.
There is now a new window that allows you to set up Linux. Click on the “Install” button to start installing the Terminal. The process will take some minutes to complete, so wait for a while when does its thing. Once done, the Terminal will open.

How to Install Apps with Terminal

To get started, you need to update the app package list so that all the newest stuff is available. Enter the following command in the Terminal and hit Enter:

Once it’s done, you can now install your first app. As you know photo editors might be the biggest weaknesses of Chrome OS, we’ll start with GIMP, which is an open source Photoshop. Enter the following command and hit Enter:

After that, it will look for a package, called GIMP and then tell you the size before the installation. Simply press “Y” to confirm installing it. From there, just leave it does its duty. The process will take a while, so you should be patient.
After the installation is completed, you now need to go ahead and enter “gimp” in the terminal to start the app. However, you will see its icon showing up in your app drawer like other apps you install.
This is the same way of installing all Linux apps in the future, but there’s also another command have to be familiar with that is:

This command will pull updates for all of your installed apps. It’s basically similar to the update command that you used earlier, which you can do with ease:

Install and Use Gnome Software Center on Chrome OS

Installing the Gnome Software Center is the same as installing any other app with apt. All you need is to enter the following command and hit Enter:

Next, type in “Y” if you are prompted to install the software. It will then automatically download all the necessary files for installing the Software Center, which shows up as “Software” in the app drawer.
Since Linux apps are still in the beta stage now, so you are not able to get the Software Center to load fully on your system. That time, you will get categories with add-ons. Although you can still able to search for applications and then install from there, the experience may be difficult for you

How to Install Other Types of Applications

You should note that Apt and the Software Center aren’t the only ways if you want to install Linux apps on your Chromebook. There are still standalone .deb installers.
You can easily install a .deb file, which is likened to a Windows .msi installer. All you need is to simply double-click on the file. However, this feature hasn’t yet to be available for all Chrome OS devices (even you update your Chrome OS to version 69), so your mileage might be different. For example, on Pixelbook on the Developer Channel running Chrome 69, it’s not available yet.

Protect Your Computer From Cleaning Programs, But How?

Most Visited Places to Explore While Travelling to India

My adoration for portable photography bloomed during a year...
© 2022 All Right Reserved
Share via
error: Content is protected !!