The new iPhone 13, iPhone 13 Pro, and iPhone 13 Mini all come with iOS 15 and iPadOS 15, as well as Apple’s newest iPad and iPad Mini, which were unveiled last week. The new iOS 15 operating system from Apple is now ready for download on your iPhone. Here’s everything you need to know. Apple released a number of new features in the spring and summer, including Face ID unlocking with a mask while wearing a mask, stopping applications from following you for advertising and choosing between four Siri voices.

iOS 15 brings even more new capabilities. FaceTime calls with Android users may now be started, sharing in iMessage is now easier, and Maps now gives you more accurate instructions. Here’s everything we know so far about iOS 15, including when it will be broadly available, how you get it, and some of the most significant new features.

What New Features comes with iOS 15?

Here are some of the most exciting new iOS 15 features, as announced at WWDC 2021.

FaceTime’s spatial audio will make people’s voices appear to come from where they are on the screen, making video chats more natural and lifelike. A grid view will be available for all participants and you’ll be able to share links to calls that can be accessed via the browser on Google Android and Microsoft Windows devices. FaceTime will also start to resemble Zoom in appearance.

Photos, articles from the news, and playlists can now be shared via iMessage in iOS 15. iMessage’s dynamic collage feature lets you swipe through or touch through a friend’s several photographs to see them all at once in your photos app when they send them to you. These photographs will be saved in a new folder called Shared with You, and they’ll be shown alongside other featured photos and experiences you’ve collected along the way. Shared with You tabs in the News and Apple Music applications let you access stories and playlists that have been shared with you via iMessage.

As part of the update, Apple Maps now has better 3D landmarks, richer labelling, and more elevation data, as well as improved night mode. Additionally, you may save nearby public transit stops and station information to your iPhone or Apple Watch so that you’ll be notified automatically as you travel and get closer to your destination. When walking, a new augmented reality function on the iPhone enables you to scan adjacent buildings with the camera to establish their specific location for better walking directions, which are also given as augmented reality.

In iOS 15, Maps’ route suggestions may take into account weather alerts. According to Redditor ChrisSDreiling, who discovered the change in iOS 15 beta 3, Maps will alert you if you’re travelling through an area with flash floods and recommend different routes to avoid them. Although ChrisSDreiling’s post didn’t mention any additional forms of weather notifications, it will be fascinating to watch if further weather warnings are introduced before the iOS 15 general release.

Apple said at WWDC this spring that iOS 15 will have ID card support for the Wallet app, allowing you to carry digital replicas of government-issued identification cards like your driver’s license on your iPhone. The ID feature isn’t included in the initial version of iOS 15, and it’s not clear how it will operate. (It will only be available to users in the United States).

Apple may be utilizing facial recognition selfies to confirm your digital ID cards when adding them to your wallet, according to code unearthed by 9to5Mac in the iOS 15 beta 4 for developers. Selfie validation is already being used by several banking apps to verify the identity of customers who are logging on with fresh devices.

CHECK ALSO: How to Fix no Internet Error on PC & Smartphones

How to Install iOS 15

We need to know about compatible devices first. If Your Device is on the list below, definitely you can update your ios to iOS 15.

If you are using an iPhone or iPad, here are the steps to get you started with the new update:

1. Open the Settings on your iPhone.

4. Under the Also Available section, tap Upgrade to iOS 15. 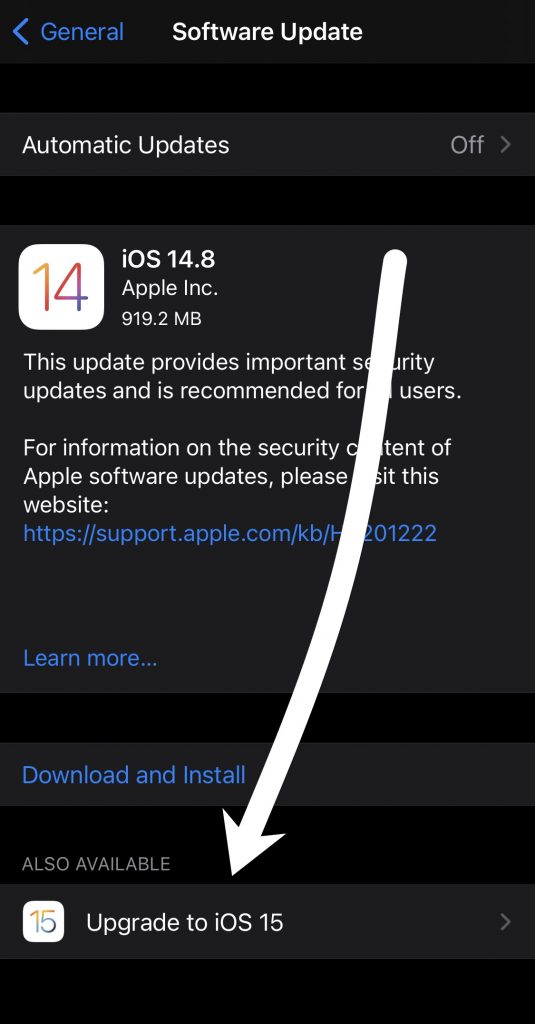 5. Select Download and install to begin the installation. You may be prompted to enter your passcode if you have one. 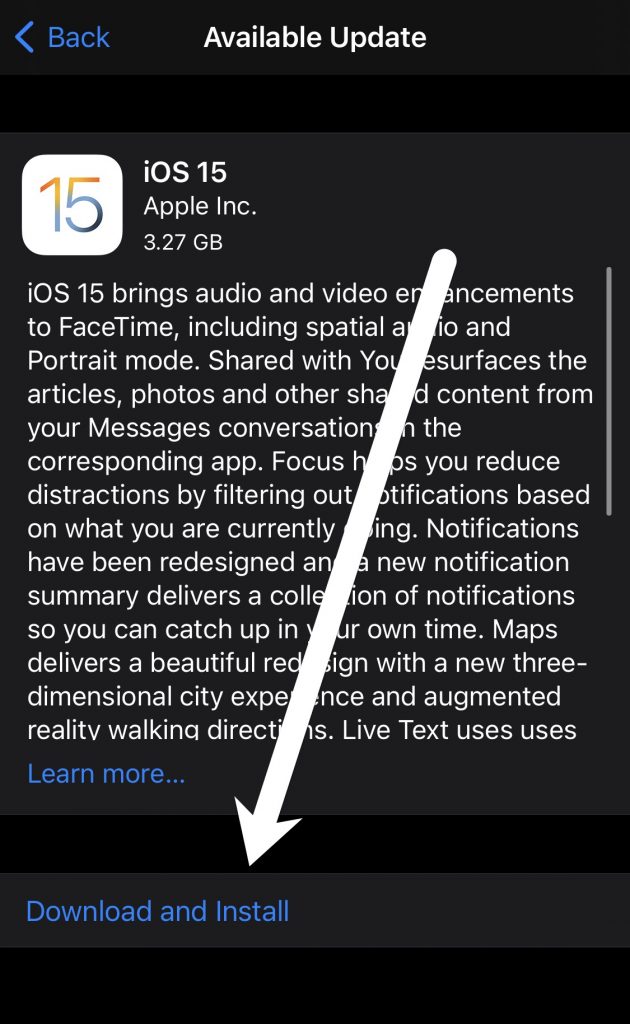 Careers That Will Turn You to Worldwide Traveller

How to Convert JPG Files to Microsoft Word Files

Point Godaddy Domain to Blogger Now with this Simple Guide

Purchasing a used iPhone online (eBay and others) or...
Browsers