Recently, I shared Google Releases New “Android L” but does this new Android L pack sweet treats? Sunday Pichai (Head of Android) was at Google IO 2014 to deliver one of the biggest repairs of Android yet – The new Android L with a new look and some other interesting features.”Android L” which just make its way to Android World comes with over 5000 new APIs which makes it as the biggest release in the history of Android. So what exactly makes this updates big, more important and most preffered than Android 4.4 Kitkat; 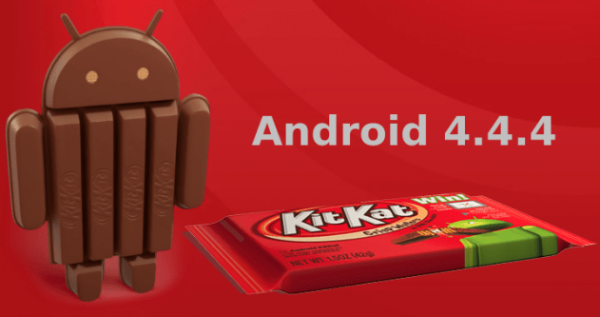 NEW USER INTERFACE
One of the biggest change users would notice is the new design language of the Android L introducing design guidelines that have previously been missing from other Android OS.
Pichai said “Google’s new interface has been created not just for mobile but for form factors beyond mobile”. The new design brings 3D Effect as Android L now enables developers to add an elevation value to any UI surface which will come rendered “in correct perspective with virtual light sources and real shadows”.
Developers can now see that certain elements are floating above all other applications with shadows reflecting where those elements are making Android L more intuitive than the flat Android Kitkat.
Developers would also now have access to a new grid layout, which would allow free access and scaling between smaller smartphones screen upto the larger ones.
There is also a whole new raft of animations available to all apps that make movement throughout your Android L seem more seemless where Android Kitkat often feels disjointed.
MUST HAVE: Top Best Antivirus for your Android Smartphones
NOTIFICATIONS
Notications have been locked to the notifications bar, with the last real update coming in Ice cream Sandwich where users could swipe to dismiss updates. On Kitkat the only way to access the notification bar is to pull down the bar allowing you to perform action and react. Android L brings this interactions for more front and centre, from less intrusion to new ways to see them.
This is noticeable in a situation where you are using an application and you have an incoming call, on Android 4.4 kitkat you would be taken out of the application you are forcing to either accept or reject the incoming call instead the Android L would bring a Slide down notification to either accept or reject the call without disruption like that of IOS devices.
Notifications have also been given pride of place on the Android L lock screen in a bit to make receiving and responding more seamless.

RECOMMENDED: Airtel Nigeria Introduces New Data Plans for Android Devices
SECURITY
Mostly, over 30% of android users are using the pin and pattern lock to secure their phones as beleived by Google. Android kitkat is built in with pattern unlocks, PINS, Passwords and facial unlocking for security, which means only those who knows the correct password, pin or pattern can make use of the secured phone. Now Android L comes with additional unlock feature which is “Personal Unlocking” which allows the device to determine if it’s in a trusted environment.
Whilst Android comes with some nifty new features that make an immediate visual impact, Google has put a lot of work in behind the scenes to ensure that Android L is the fastest yet. If you’re not into code-speak, here’s the summary: it’s built on a new platform that’s way more efficient than before
and runs much faster. ART was made available in Android KitKat as an optional runtime but has
now been made the standard for Android L and has been developed to work with ARM, x86 and MIPS platforms, running twice as fast as the Dalvik runtime that is found on previous Android iterations. ART is also more memory efficient than Dalvik meaning that apps that are running in the
background will benefit from megabytes of saved data. ART is also 64-bit compatible, where
Dalvik on Android KitKat and lower only worked with 32-bit chips, allowing Android L to benefit from the larger number registers, cross platform support and the increased RAM support that 64-bit architecture supports.
INTERLINKED APPLICATIONS
The way Google search interacts with your Android L device has also been taken a look at. Searching before was a lot more hassle, with Android L looking to streamline the process. Using the KitKat search bar allows you to search the web and your device for certain details, although has always defaulted to bringing up the website address. Android L changes all of this with far greater app indexing making your Android L device more intuitive. Android L allows users to search through apps directly from the search bar, whether it be a restaurant in the Open Table app or a friend’s page via Facebook The ‘Recents’ pane of Android L has also been reimagined to fit in with Google’s new Material design, but also comes with far greater functionality.
In Android KitKat it is possible to fire up into multitasking and flip through the recently accessed apps, but that is as far as it goes. With Android L, Google Chrome tabs are now listed within the multitasking pane, something that has previously been unavailable. This won’t just be limited to Google Chrome though, as many Android L apps will also be able to open up multiple cards. This will all save time as you’ll no longer have to load up an app like Chrome and then navigate through;
instead you can go directly to where you need to be.

As mobile GPUs have evolved, so has the mobile gaming industry although the last real mobile graphics boost that Android saw was with 4.3 Jelly Bean with the addition of OpenGL: ES 3.0 support.
Android KitKat brought along some pretty impressive gaming capabilities; think Shadow Gun Dead Zone rather than Flappy Bird. Android L looks to build upon the work already done by Android Jelly Bean and KitKat bringing with it the sole task of closing the gap between mobile and desktop-class (DX11) graphics. This has been done by work with Nvidia, Qualcomm, ARM, and Imagination Technologies Google leading to the creation of the Android Extension Pack. Technically speaking this means a set of features that includes tessellation, geometry shaders, computer shaders and ASTC texture compression which will result in “more realistic environments, more realistic characters and vastly improved lighting”. Overall Android L will bring far more powerful graphics capabilities to Android, exceeding what is currently available in even the most high-end Android KitKat games.

MUST READ: Checkout and Download Opera Max to Save your Internet Data

Finally Android L is also helping OEMs by extending battery life through Project Volta. This brings two main power-saving elements to Android L; opening up the data and extending battery life through a low-drain mode. Android KitKat brought over Project Svelte, aimed at making the Android
experience less memory intensive. This might have brought some battery improvements, but Project Volta has taken this to a whole new level. Where Project Svelte was designed to make Android KitKat as a whole run on less powerful devices, Volta allows developers to target individual apps.
The creation of the Battery Historian tool allows them to measure battery drain corresponding to exactly what was going on the device. Developers can then rewrite code to counter that battery drain thereby making Android L apps more power efficient than on Android KitKat. Combined, Android L should make a battery last a lot longer than its older brother. The second battery saving feature
that Google has brought across is a battery saving mode. This might seem familiar, but this is something that is now fairly common appearing on the new smartphones.

How to Know Your Computer Windows Version, Is it 32-bit or...

How People Can See When You Open Emails (and How to...

Interesting!!! You Can Now Tweets while you are Offline on Twitter,...