The super popular and trendy iPhone X will be available on November 3rd, 2017. It is no doubt that this phone will be highly coveted by technology aficionados and customers with a lot of income to burn. After all, this is what typically happens during every iPhone release. 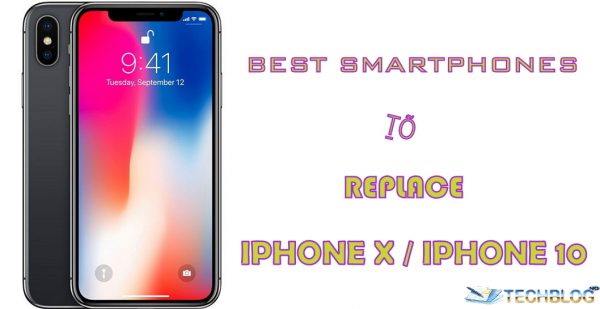 This year, do not buy into the hype of getting the newest and greatest iPhone. Instead, consider one of these alternative options. After all, the opportunity to save money or have access to better technology is significantly better than owning the trendiest new phone. 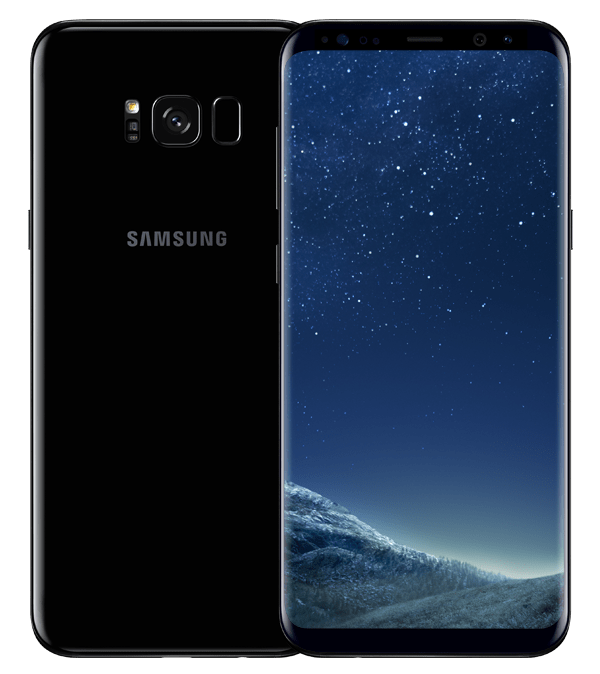 Alongside Apple’s iPhone, Samsung offers the competitive Galaxy S series that runs the Android operating system. The latest and greatest Samsung Galaxy phone is the Galaxy S8 which runs android and outperforms the iPhone X in several categories. For instance, the display on the Galaxy S8 is a full2960×1440 (570 ppi) display which is larger and more defined than the iPhone X’s2436×1125 (440 PPI) screen. The Galaxy S8 also features a wider aspect ratio when compared to the iPhone X.
The technical specifications of the Galaxy S8 front camera also majorly out performs the front camera on the iPhone X, making it the better choice for popular social media posts. It also boasts the newest version of the Android operating system which many desire for its usability and customization features. With all of this in mind, the most convincing point when considering the Galaxy S8 as an alternative is its cheap price point: $740 when compared to the $999 starting price of the iPhone X. 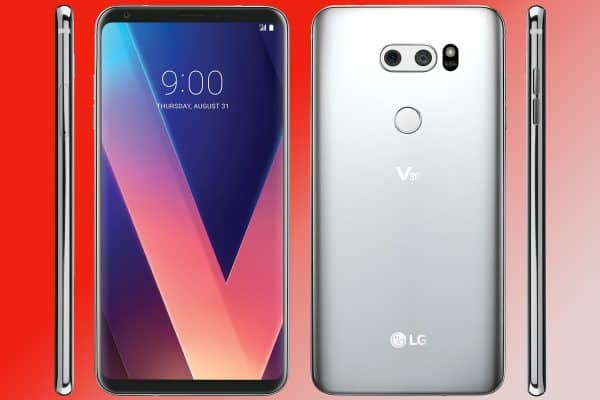 Another popular alternative to the iPhone X is the V30 from LG. This smartphone features the same storage options as the iPhone X while maintaining a bigger screen size. It also showcases a lightweight aluminum build that makes it lighter and more pocket-friendly than the iPhone X. As an alternative, the LG V30 is up to par with the Samsung Galaxy S8 and features the same cheaper price point in comparison to Apple’s product. With similar front and rear camera specifications, the LG is a no-brainer alternative to the iPhone and even the Samsung.
It is worth mentioning for both of these phones that the Android operating system and application market features all of the apps you would find on an iPhone in addition to Android exclusives you can only find on the Google Play store. The Google Play store does feature more apps than the app store, which can stream on more devices such as a tablet or personal computer. 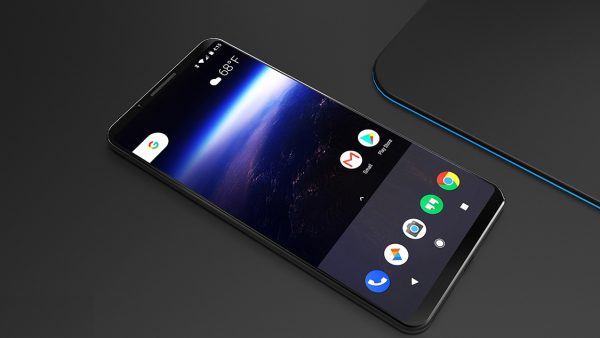 The Google Pixel phone is a new contender in the Apple versus Samsung arena, and it’s understandable why when looking at it’s potential as an iPhone X alternative. After all, the Google Pixel engineers put a heavy focus on developing a great phone camera, which demonstrates many technological differences from Apple’s iPhone camera.
The most prominent advantage of the Google Pixel 2’s camera is the 6inch OLED display which provides better image quality and depth in comparison to the iPhone X 5.8 inch display. The Pixel’s camera also features electronic image stabilization and it’s trademark1.4μm (micron) pixels on its front camera alongside dual pixel sensor. This technology gives the Pixel an amazing camera that forgoes the traditional iPhone camera in favor of a more experimental approach.
For those concerned about the strength of their phone, the Google Pixel 2 features an aluminum, unibody design that protects its surface from damages and blemishes. Compare this to the iPhone X’s all glass design which concerns its customers with purchasing a protective sleeve or case, adding to a bulkier phone in your pocket. 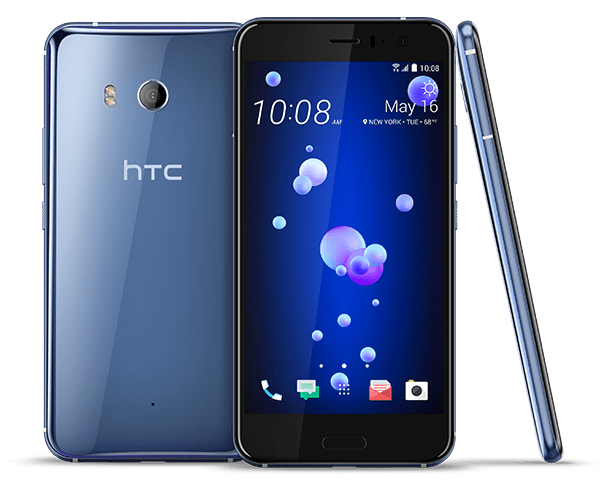 While the specs on iPhone X alternatives can be slightly different, there’s one phone that offers the most cost effective version of camera, battery, and processor specs that you will find on the iPhone X. That phone is the HTC U11 and it features the cheapest price point as an alternative on this list. The phone goes for $650 dollars starting and features the most up-to-date version of the Android operating system. The specs on the camera are comparable to the Galaxy S8 and the iPhone X at a dramatically reduced price.
To put it further into perspective as an iPhone alternative, the HTC U11 features a sturdier body with the unique “Edge Sense” design feature that allows the users to squeeze and manipulate the phone to perform simple actions. The tactile experience far outweighs the touchscreen experience which makes this phone a great and unique alternative. 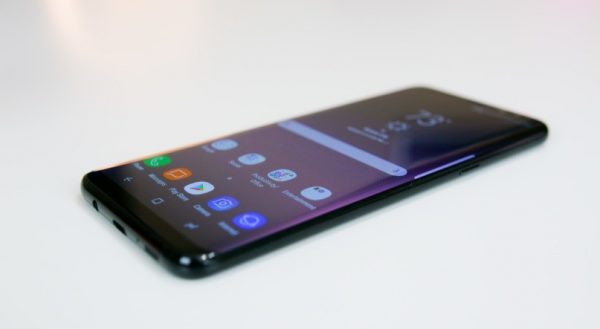 For the more productive and business savvy phone user, the Galaxy Note 8 is unbeatable as an option to your iPhone X experience. For starters, the Galaxy Note 8 functions more as a tablet than the iPhone does, making it a sort of combination of iPhone X and iPad. The screen on the Note 8 (like the other iPhone X alternatives) is much larger which gives a clear and pleasant experience to using your phone. The Galaxy Note 8 also features a curved screen making the phone more tactile.
The Note 8 features 6GB of RAM which produces a much better performance when compared to the iPhone X. It also features a stylus and touch screen that allows for unique apps that enable sketching, coloring, and other hand-focused tasks. While these features are great, the biggest draw to the Note 8 like all other alternatives is it’s better camera and battery features.
The camera on the Galaxy Note 8 far outperforms the iPhone X as well as the other phones on this list. The phone features dual cameras and a wide-angle lens which draws more light into your photos to create more professional and clear looking images. The battery on the Note 8 also can last for up to a day of heavy usage when compared to the iPhone X’s 12-hour battery. It’s important to note too that the Samsung options feature trademarked “fast charging” which makes your phone charge to full in the span of 1 and half hours!
While there’s no denying that the iPhone X is a great phone, consumers should be aware of large amount of alternatives that have proven to be superior and cost-effective in many ways. Instead of buying into the hype of the iPhone’s next iteration, do the smart thing and find an alternative phone that works for your personal needs. You may discover the perfect phone for your lifestyle and never look in Apple’s direction again!