It is widely known that Facebook has become very popular today to the extent that it even rivals Google in terms of traffic. That man Mark Zuckerberg must be doing some great work underground. Anyway that’s not the main focus of today’s post.
Recently, I have noticed a sharp increase in the search for “how to make money on Facebook.” That’s not bad anyway because where ever the field is green the sheep will lie there.
Actually, in response to this search for how to make money on Facebook, I noticed some Bloggers have also written so many lies about making money on Facebook.
Facebook is a social network where people get to know and converse with each other. None the less, Facebook does not operate as Google does via Google Adsense. To put it in a simpler tone, Facebook has never bordered about how you can make some money from it, after all it’s just a social network. So why do people still believe they can make money with Facebook? Obviously because of how some internet marketers rub it in.
Here are some possible ways to make money on Facebook which I can guarantee
The first method is to create a Facebook page and do anything you can to drive traffic to it. Yes it begins by making people “Like” and share your page. Now when you have gotten a good number of LIKES on your Facebook page you can flaunt it and attract advertisers to advertise their products and services on the wall of your Facebook page. Additionally you can sell the page to anyone who is interested in buying it.
You will be amazed to know that people are ready to spend up to $50 and more just to have you promote a single product on your page.
Secondly, you can also create a page and market your own products or services on your page. Yes that will also mean “making money from Facebook’ since the traffic comes in from there.
There may be other ways of making money on Facebook which I don’t know of but as far as I am concerned, these are the ONLY two ways you can make money on Facebook because Facebook currently does not offer any pay per click service or stuff like that.
Do you have other working methods of making money on Facebook? Please share with us 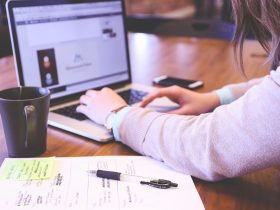