There is something amazing about watching ancient and abandoned Castles (artworks) or other beautiful molded sculptures or anything that could feed the eyes. These abandoned castles may have been deserted a long time ago but they are still a must-visit for tourists and other people who are interested in history. Castles are expressions of the political environments of the olden days. One example is the walls of the fair castle of the rock in Normandy that was built by King Richard in England to guard his territory.

Most castles symbolize the wealth showered on the wealthy ones, like the Jahangir Mahal in India. No matter how old these castles are, they are still a sight to behold and they are still recognized as treasures and the younger generations are even waiting to modernize them. Below is the list of some of the abandoned castles around the world. 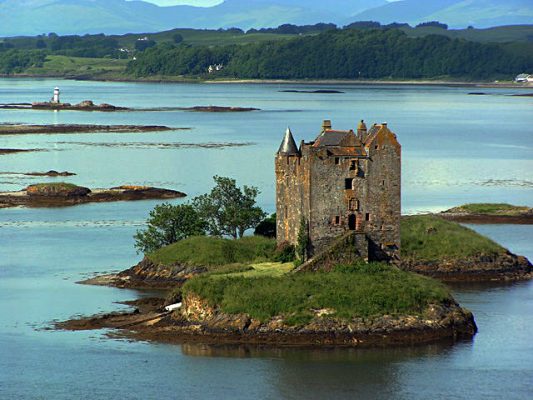 Castle Stalker is located in Scotland, U.K. Though, this castle might not look as impressive as other castles but it is still a beautiful place to go for sight-seeing. Castle Stalker was originally owned by the aristocratic MacDougall family that governed as the Lords of the area in the year 1320. The family lost their title after the MacDougall family was defeated by the King of Scots. Most of the castle's architecture was built by John Stewart. Castle Stalker is available only to a limited number of tourists at certain times of the year. The castle is well known as one of the locations in a comedy, Monty Python. 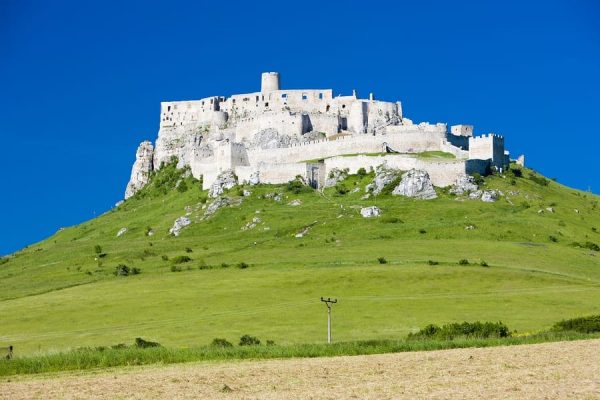 The Abandoned Spis Castle is one of the largest castles in Europe. It was built on a previous castle in the 12th century. So many people owned this castle, it went from one person to another, which is why it was always destroyed and built-in each owner's style. It was popular for its architectural awesomeness. The last family to own the castle before they left it in ruins was the Csakys. Presently, the castle has been transformed and it has become one of the hottest tourist attractions. It is presently 900 years old and is owned by the state. 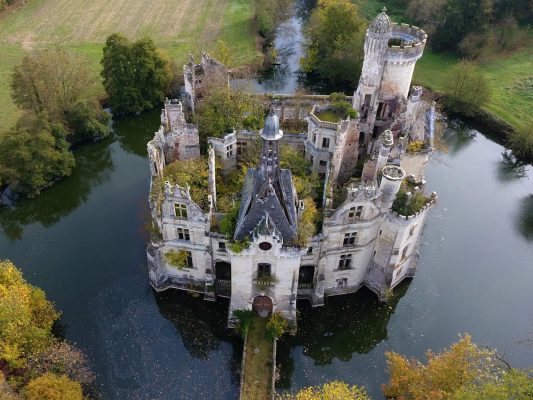 This abandoned castle is located in France. It was formerly owned by the Baucay family. In 1809, a wealthy man called Francois Hennecart bought it and it was later sold to Baron Joseph in 1857. After a fire incident destroyed most of the buildings of the castle in 1932, some members of an online organization raised millions of dollars in 2017 with the plan of buying the castle and renovating it. As old as the castle, it still has so many beautiful features that still make tourists want to visit, such as the giant moat surrounding it. 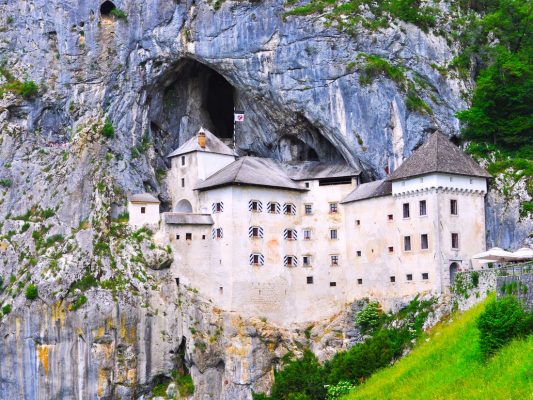 In the past, a robber named Lueger used to steal from the rich and distribute to the poor but went too far by attacking the royal occupants of Predjama castle. After killing the palace owners, Lueger moved into it with his family and acted as royalties themselves. Even with this dirty past of the castle, it still remains one of the beautiful castles in the world. 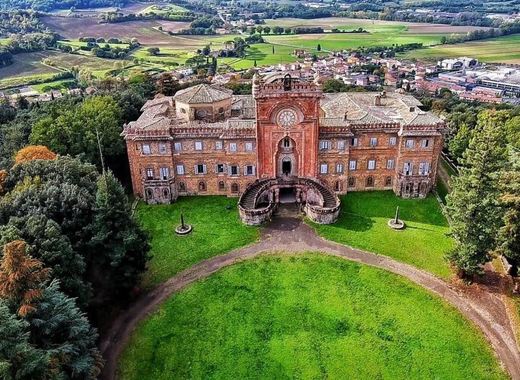 Sammezzano Castle is located in Leccio city, Italy. This castle was originally the area for a royal palazzo built by Ximenes, a Spanish man, in 1605 but it was seen as too moderate when it came under the ownership of Ferdinando Ximenes. He built Sammezzano castle in its place because he had the plan to escape the political issues in Italy. The castle has 365 rooms, each room for each day of the year and with its own unique design. Some of the clear rooms in the castle include the White Room, the Peacock Room, and an awesome hall of mirrors.

Sammezzano Castle was renovated into a hotel after the Second World War but it was closed down in 1990. It could have been destroyed if not for the locals that saved it because of its architecture and pleasant history. It has been put up for sale all this while.

Jahangiri Mahal is a palace within the Agra Fort Complex built by Akbar. It was built to strengthen the relationship between the Bundelas and the Mughal Empires, two ruling families that have close relationships. According to history, this palace was built for a one-night visitor. Jahangiri Mahal is not the only palace built inside the Orchha complex but it is the most attractive building there.

It is a three-story building and it is made of red and yellow sandstone. It has 236 chambers, of which 136 are underground. The numerous towers in the palace make it seem like a fort. Presently, Jahangiri Mahal doesn't belong to India anymore, it is now being managed by the Pradesh Madhya Archaeology Department.

In conclusion, there are so many beautiful castles all over the world but I have just listed 6 of the most beautiful ones for you. I hope you enjoyed the discovery. Here is a video by Talltanic that will show you more abandoned Castles and am very sure you will enjoy watching it.

What Can You do With EaseUS Data Recovery Wizard?

HOW TO GET YOUR WIFI WORKING BACK IN WINDOW 8

On Page SEO Tips to Rank Higher on Search Engines