Tecno i5 smartphone was launched to the market as at April 2017. Tecno i5 comes with a cool design and well textured for good look and easy handling. It measures 151.48 x 76.28 x 8.05 (height x width x thickness and weighs 160g. Tecno i5 is a dual SIM smartphone that accepts micro-SIM only and features the 4G LTE network connectivity.

Tecno i5 features a 5.50 inches touchscreen display with a resolution of 720 x 1280 pixels.
Apart from the design and good display, Tecno i5 is powered by 1.5GHz quad-core MediaTek 6737T Processor along with 2GB of RAM for good multitasking and fast operations. Tecno i5 runs on latest Android 7.0 Nougat with HIOS.

Tecno i5 comes with 16GB of internal storage as well as external sdcard slot with capacity of upto 128GB. As far as the cameras are concerned, the Tecno i5 is built with 13-Megapixel back camera and a 8-megapixel front camera for selfies. Both cameras can be used to capture any of your great moment around the World.

All the above specifications of Tecno i5 are powered by a 4000mAh non-removable battery. Tecno i5 price starts from $200 (ranging from N65000 to N70000) depending on your location.

Tecno i5 – Specifications, Features and Price 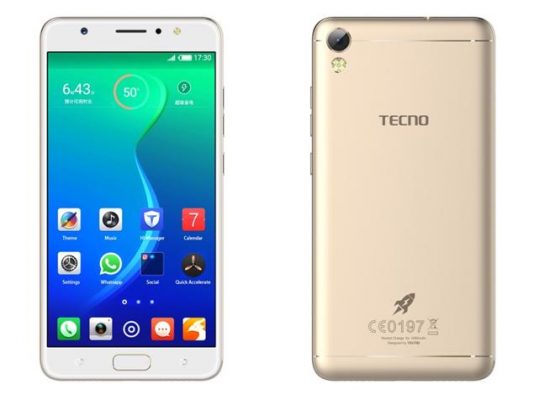 Mozilla Firefox 37 Latest Version Free Download is Out with New...

Samsung Galaxy S9 Plus or Edge: Which Is the Better Galaxy...