Sign in / Join
TechGadgetsBattle of The Apple Watches: Series 4 Vs Series...
TechGadgetsSmartphonesiOS

Battle of The Apple Watches: Series 4 Vs Series 3

The team behind Apple’s latest offering must have torn up the rule books when they gifted the tech world with an Apple Watch unlike any other in the company’s history. But is the Series 4 better than its predecessor, the Series 3 or is it just another case of marketing oversell? In this article, we compare the features and performances of the two watches to establish which Apple Watch reigns supreme. 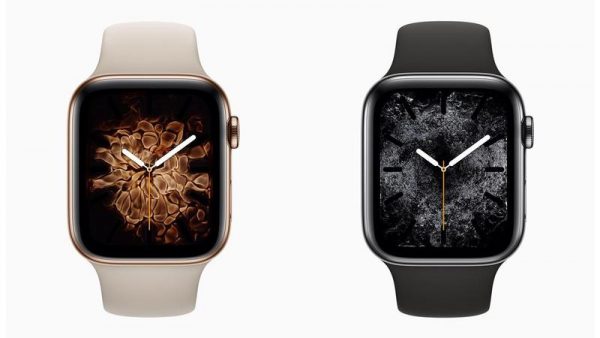 Engineers at Apple really brought out their best work yet on the Apple Watch 4, if the design is anything to go by. The introduction of the Apple Watch 4 represented the biggest change in Apple Watch’s design in history, and that says a lot considering Apple’s unimaginable standards. Apple Watch 3 users had requested for a louder speaker to facilitate the making of calls while on the go, and the company heard their plea. The new edition comes with a speaker that is 50% louder. The change in design is also evident in the watch’s thickness. The Series 3 watches are in no way bulky, having a thickness of only 11.4 mm. But Apple still managed to cut the thickness even further as the Series 4 is 10.7 mm thick.

One area that Apple Watch 4 seems to be big on is the health of the user. With the Series 4, you can now monitor your heart rate which has been made possible through the ECG-reading functionalities on the Apple Watch 4. The data is displayed as an elaborate electrocardiogram and can be used to tell if the user has atrial fibrillation. The latest watch also packs fall-detection features including a high-tech gyroscope and accelerometer which are able to tell when you’ve fallen and then automatically call the emergency number. So if you’re looking for an option that will tell you how you’re faring health-wise then the Apple Watch 4 is your best bet.

Apple Watches seem to get bigger and bigger with every edition and the new series is no exception. The screen Apple Watch 3 came in 38 mm and 40 mm variants which were (and still are) seen as impressive. But it is dwarfed by the new series whose screen comes in 40 mm and 44 mm variants. Not to mention that the screen spreads right to the edges of the watch, a design that is not matched in sleekness. The larger screen was a necessary adjustment on the Apple Watch 4 if the watch was to accommodate the tons of apps.

When the Apple Watch 3 was launched, the prices (starting from $279) made jaws around the world drop. These prices could seem exorbitant to the average consumer but they come nowhere near the baffling prices that come with the Apple Watch 4. One could say all the brilliant features found on the new edition come at a price, and an expensive one at that. It costs $399 to own the GPS version of the Apple Watch 4 and a mind-boggling $499 to own the version which has both GPS and LTE.
Conclusion
It is apparent that the Apple Watch 3 has nothing on its successor, with the Series 4 being the better watch from Apple. Perhaps the only area where the Series 4 leaves a lot to be desired is in affordability. Starting at $399, the Series 4 is definitely not for users on a budget. But we would expect nothing less for a gadget that can literally save your life.

How to Effectively Save Your Smartphone from Low Storage Space

Most Beautiful Waterfalls in Canada 🇨🇦

What Can You do With EaseUS Data Recovery Wizard?