There was a time when your phone’s internal storage was all you had. Then came the era of SD cards that pushed storage up to as much as 32GB(and much more). Now, is the beginning of the era of cloud storage. An era where storage space won’t be much of an issue as all your data would be storage on the cloud(Internet). 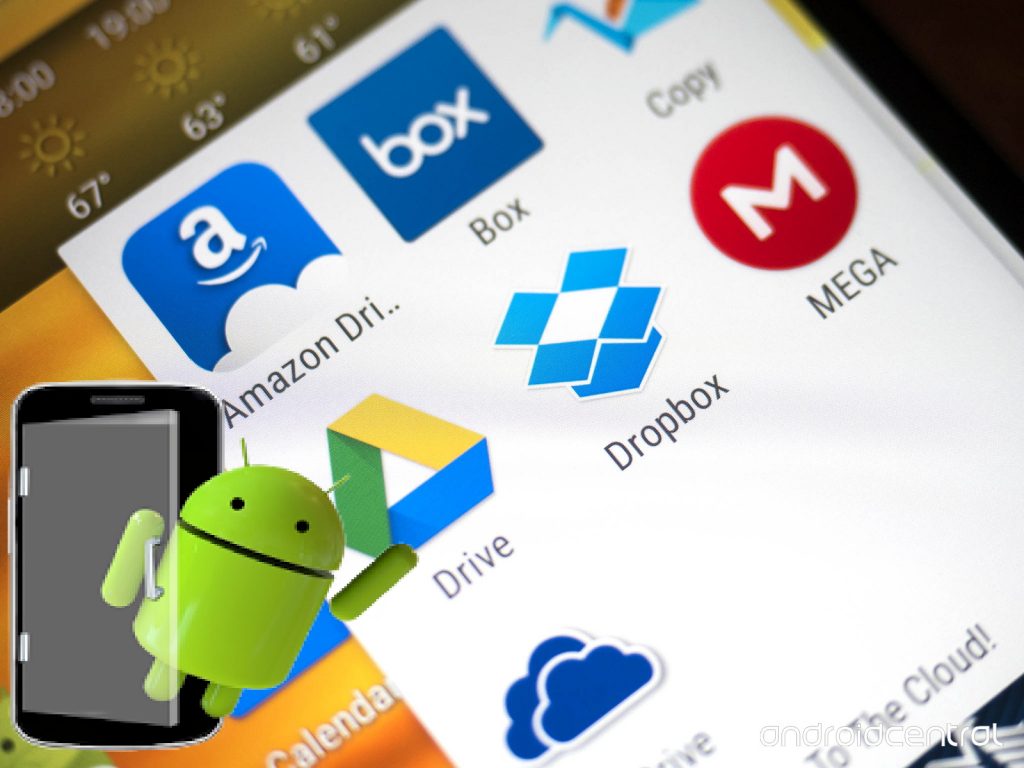 Like each category, there are loads of cloud computing applications in cloud storage apps category as well. But you don’t have to do a lot of work, I sorted out and compiled a list of best ones for you to put to use.

Almost all of you would be familiar with Google Drive – Google’s very own cloud space. A lot of people(including me) rely heavily on Google Drive. They’ve come a long way from where they started. Initially, you get 15GB free storage when you create a Google account. Users can get additional space if needed by purchasing it. Their UI is designed as per Google’s new Material design. There are tons of features that you can use in their cloud storage application.

Recommended: The Best Freeware for Your PC and Other Devices

I came to know about this from one of the Facebook groups I was part of. MEGA is widely used by users worldwide. Unlike Google Drive, Mega gives 50GB of free storage when you sign up. Like Google’s, Mega’s UI is pretty as well, and it accepts almost any type of file.

If you need to push your storage space further, you can get additional 200GB only for €4.99 per month(price may change). Above this, the service provider offers 1TB bandwidth which isn’t common with other providers at this price.

RELATED: Must Have Applications on Your Android Device

Compared to others in the list, this one looks like a newcomer. Despite this, a lot of applications include box integration for users. Box offers 10GB free space for every sign-up. Premium package starts from 100GB for $10. They also have business packages, which include $5-$15 per month packages. These packages have more features as compared to free ones.

The app works without any glitches, and its emphasis is on being simple and easy to organize.

For most of the smartphone users, the main space consumption is by Images and video clips. Google photos nailed this problem perfectly. As per the words by tons of Android users, Google photos is the best app that Google released.

It is essentially a gallery and cloud backup app. Photos saved in the gallery are backed up to cloud in almost no time. This will save more than enough of space in device memory. Google allows you to save unlimited photos & videos if you allow them to alter the picture size.

You can also use your Google drive space to back them in Full HD. All your videos and photos will be reverted to HD if you have a free backup plan.

Like Google, Amazon too has its own cloud storage service, named exactly like Google’s. Amazon drive offers a very nice design and is tailored for Android users. Most of its feature include uploading of various file types, editing and creating text files and sharing your documents, etc.

Check This:Tips on How To Save Battery Life on Android Devices

This app is like the all time favorite of Android users for many years now. To start, it only allows 2GB in the start. Although, it can be pushed to 16GB in several simple ways. The app is fast, free and intuitive. Its unobtrusive feature of automatic backup is perfect for those who take quick snapshots on their computer. You can get increased storage by investing a very small amount.

If you have ever been download files off the internet, you’d be aware of Mediafire for sure. It allows 50GB of free space on every sign-up. This is perfect for everyone who just wants to share or save music and video files. But the problem is, it only allows you 12gb, rest you have to earn by referring it to other people( or buying a premium package). A lot of users also point out that its menu is a bit confusing in the beginning.

It has all the functions that you need to download and share your files. In the free version, you are limited to 200mb per file upload limit. Although it is quite enough if you are not planning to host Softwares on Mediafire.

This app doesn’t get the attention that it essentially deserves. Quite simple to use, this app has an additional benefit apart from cloud backup. It has Photocopy, which essentially uploads your photos to cloud automatically. It also has folder sharing features.

It also has support from chrome cast. You can stream items such as videos, music & photos from your device to your television device. To get it done just tap on the chrome cast icon in the copy. If you haven’t tried it yet, you must do it at least once.

If your storage needs are simple, this can be a great application to consider. It has a wide array of customizable plans. You will be provided with 5GB of free storage when you sign up, and you can push it to 100GB to 2.5TB for some extra fees. They also have separate plans for Enterprise users. The foundation of the application is solid despite its antiquated interface. It works without any flaws for the majority of the people. If you don’t care about a lot of space, you can consider cubby too.

This too, like the previous one is a less known, but a great option. Yandex allows 10GB of free storage for every sign-up. For as low as $1, you will get 10GB free, or 100GB for $2/month. It also has a sever package which offers a massive 1TB for $10/month. With its material design, it works great without glitches. There are some minor bugs, but people ignore them due to huge space size.

So, which one are you going to backup your data on?

More Android Tips:
– This Game Can’t Get to the App Store Soon Enough
– Laptop vs. Smartphone vs. Tablet: Which is Worth the Money?
– How To Use Your Mobilephone Up To Its Full Potential
– How to Create, Open & Unzip Archive Files on Android Devices
– Top Free Android Photo Editing Apps

Speed Up Your Android with Systweak Android Cleaner

All in One Data Recovery Wizard for Corrupt or Deleted Files

Music is something many can't live without, and it...
Android

This is a real fact that in the present...
© 2022 All Right Reserved
Share via
error: Content is protected !!