Surveillance and hacking are the two words that have been ringing in our ears for a while now. Privacy has become an extremely important aspect of digital communication in the recent past. Especially with the flurry of the IM and texting apps, it has become all the more important to consider security and privacy more seriously. There are plenty of IM apps out there. But, are they all really secure? Not really! But, thankfully, there are some which are truly secure and protect your communication from hackers and spies.

In this article, we will take a look at top encrypting iOS texting apps in 2018. While some names on this list are popular and there is a fair chance you may be using them already. But, some are lesser known names and yet they are considered to be extremely secure. So, let’s take a look! 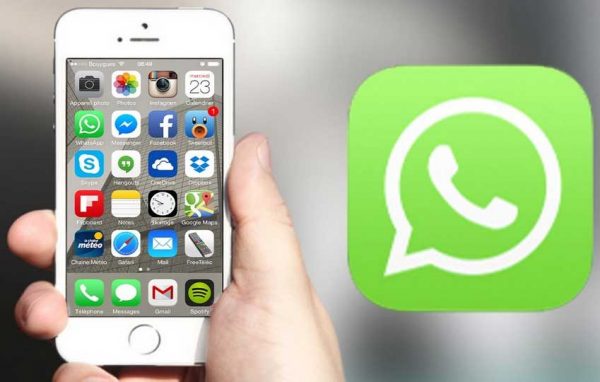 This is the messaging app that requires no introduction. Ever since its release a few years ago, it has taken the world by storm. Nearly everyone who uses a smartphone also uses WhatsApp. It is a cross-platform app that works on the principle of making things easy for the users. Not only is it incredibly easy to set up, it is also very easy to use. It syncs with your contacts and uses your phone number for login. It also lets you connect to all those in your contact list who are also using WhatsApp. Coming to the big question of security, WhatsApp offers end to end encryption. This means that only you and the receiver can see the message. So, when security is concerned, WhatsApp is a pretty solid option.

Signal is probably the most secure instant messaging apps of today. This app is completely free and is available on both iOS and Android. Signal has been designed keeping the security in mind. The encryption protocol it uses is unmatched and thus it is capable of giving you a platform for secure conversations. Just like WhatsApp, this app also syncs with your contact list. You can instantly send a text message or make calls to those in your contact list that also have this app. You would also like to know that this app was designed by an expert cryptographer. The security protocol has received almost universal critical acclaim from the experts in security from all around the world. If you want security, go for Signal. The only challenge is that it is not as popular as WhatsApp or other messaging apps. So, there is a chance not many people in your contact list would be using it. 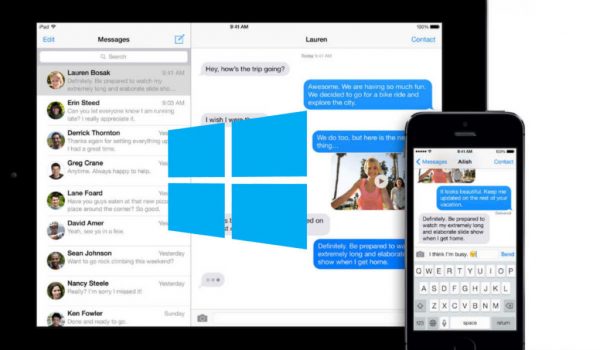 If you are an iOS user there is a big chance you already use iMessage. It is indeed very popular among the iOS users worldwide. iMessage lets you quickly connect with the others also using iOS. Yes, it is an iOS-only instant messaging application. You can send a text message, pictures, and videos using this app. It also has its own App Store and App Drawer independent of the iOS. All of this makes the app a pretty cool option.

As far as the security is concerned, iMessage is a pretty secure messaging app. The security protocol this app uses has been designed by Apple itself. The company has been pretty solid on the security front. But, some experts think otherwise. There are some loopholes in the security protocol that could allow an expert hacker to decrypt the videos and photos. But, I would still consider it pretty good, especially if for the regular users. The reason is that the hackers do not hack the messages until they have something to gain from it. And, there is nothing to gain by hacking the iMessage of a casual user. 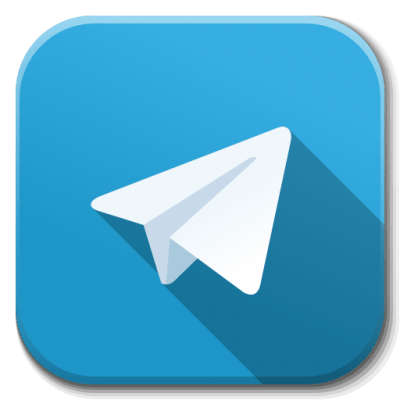 Telegram is another option you would like to consider while looking for secure texting apps for your iOS device. Telegram is a multi-platform app supported on iOS, Android, and Windows. A number of factors make Telegram a viable messaging choice. This app allows you to start a group conversation with up to 200 users at the same time. It offers limitless broadcasting in the group.

Telegram does sync with your phone address book and uses your phone number. However, it also requires you to create a unique username. You can find a Telegram user using this username. From the security standpoint, I would say Telegram does a pretty solid job. It uses the 256-bit end to end encryption making sure your messages and broadcasts remain hidden from the prying eyes of the hackers. It uses the MTProto protocol for encryption. All in all, I would say that it is a pretty solid app to have. But, it is not exactly very popular so you may not find a lot of people on your contact list using this app. Go ahead and give it a try though. You may like it. 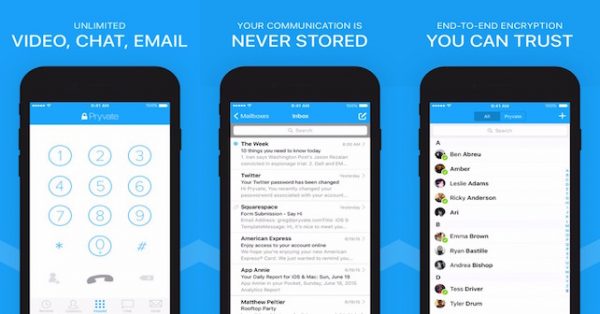 Pryvate is another one of the most secure messaging applications for Android and iOS devices. However, it is not exactly for the casual users. It has been designed to be used by the business users and professionals. This app offers high-end security and users the most advanced encryption protocols. Like the most message apps, it lets you send voice, picture, and video and text messages. It also let’s transfer the files safely using this app. The app also gives you a secure cloud storage solution by letting you integrate it with OneDrive and Dropbox. In fact, it makes things more convenient by integrating itself with the popular email clients.

Pryvate packs tons of amazing features. But, everything is not for free. The free version offers basic features. If you are looking for advanced features, you will need to pay a monthly subscription of $5.99. And, if you need a desktop client as well, it would cost you nearly $13 per month.

Nevertheless, Pryvate is an incredibly secure app and a perfect choice for business professionals looking to have secure communication.

While we are closing this list, it would be remiss of me to not mention the latest Google Allo messaging service. Allo is a new entrant in the world of instant messaging but is already making itself heard. It is a cross-platform app supported on both iOS and Android. Google Allo is considered to be very safe. In fact, it uses the same security protocol as WhatsApp. So, if you consider WhatsApp as safe, you should have absolutely no hesitation using Google Allo.

In addition to the end-to-end encryption, Allo also offers the incognito messaging mode. With this mode, you can send self-destructible messages to the other users also using Allo. This is quite like Snapchat and can be very handy. I believe in the coming time Allo will become more popular.

Instant messaging and texting have become an extremely important part of our lives. But, with so many apps coming up every now and then, the question of security becomes important. While all the popular apps use security protocols, not all of them can be considered to be completely safe. In this article, we have laid out the top texting apps for iOS that are considered safest of all.

-Advertisement-
Previous articleHow to Create the Ultimate USB Key Ring to Solve Any Computer Problem
Next articleHow can I Get Crypto Loans to Trade?

The 20 Best Productivity Apps and Software for Windows 10

How Long Do You Have Before Your Job is Taken Over...