Sign in / Join
GeneralThings To Do in Switzerland 🇨🇭
GeneralTravelWhat To Do

Things To Do in Switzerland 🇨🇭

While Switzerland is a small country, it busts with beauty; people from all works of life travel to experience. From the soaring Alps to the glaciers dominating popular areas to the primeval castles, there are plenty of places to visit and things to do here. What’s more, the excellent Swiss transport system makes it easy to maneuver the breathtaking tourist sites. You don’t want to miss out on the Swiss delicacies and the many celebrations held throughout the year. During September and October, for example, is the Alpabfart festival. Since it is during the autumn season, natives celebrate the coming back of cows to the valleys after the summer period.

This procession is also known as the Desalpe. Natives wear flower headdresses and large dangling cowbells and parade on the streets in celebration. Here are more things to do during your visit to Switzerland:

Ski on the Slopes Zermatt 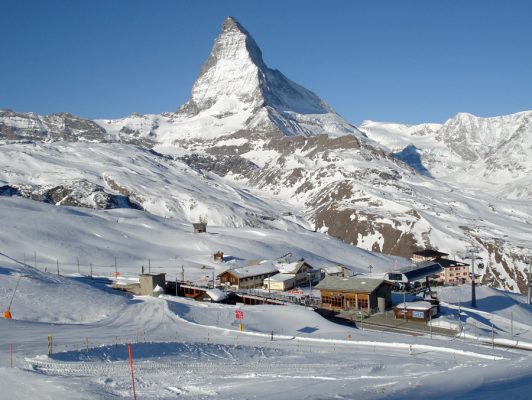 The region boasts several high altitude stations including the Matterhorn glacier paradise which measures 3883m and is accessible by cable car. It also has a slick lift system which is improved every year.

This 25-cabin gondola lift was opened on September 2018 to connect Klein Matterhorn and Trockener Sterg and has increased capacity by 2000 passengers per hour. The elevator is one of the highest in the world; climbing from the base to the mountain station in nine minutes.
There’s good natural snow in the ski area from early December, but for an exciting skiing experience visit the resort in March and April as the crevasses are well-filled on the glaciers.

A Day Trip at Jungfrau Station 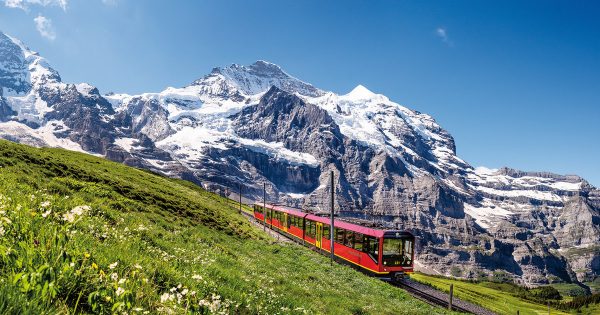 It is the highlight of every Swiss trip. Travelers from all parts of the world come to experience the cogwheel mountain train ride. The train was completed in 1912 and stretched from Interlaken Ost to Jungfraujoch hence the longest railway station in Europe. It boasts splendid views of the Monch Alpine peaks, valleys and glaciers. On a clear day, you get to see the entire stretch to the Black Forest in Germany. The train arrives after every thirty minutes, thus close to half a million tourists explore the region annually. A day trip to the Alps using a train from Interlaken Ost station starts on the Berner Oberland Bahn where three trains of the Jungfraubahnen train network embark on the journey to the top.
Be sure to enter the correct carriage as the train splits at Zweilutschinen as different wagons head to Grindelwald and the other to Lauterbrunnen. At either of the stations, change to a WAB cogwheel train heading to Kleine Scheidegg where you will pick another train going to the Top of Europe station (Jungfraujoch).

There’s more to Switzerland’s spectacular outdoors. Tourists who have an ear for Swiss music festivals and performing arts should participate in the Swiss year-round celebrations. On January is the New Year’s celebration celebrated a second time on (13th January) in the northeast region of the country (Appenzell highlands). New Year’s revelers clad in masks go from house to house ringing bells to wish everyone happiness and prosperity in exchange for money. On late February, Basel residents gather in celebration of the three-day carnival festival. The participants wear colorful disguises and march to the streets, accompanied by orchestras playing wind instruments. In March is the International Film Festival held in Geneva to honor the most creative works made for cinema.

April marks the Interlaken Classics Music Festival while June is the Ascona Music Festival, the Fete de La Musique held in Geneva and the Lugano Estival Jazz. You are bound to find a celebration in any month you visit.

This four-century-old water fortress is located at the heart of Swiss Riviera on the banks of Lake Geneva. Chillon Castle was home to wealthy Counts of Savoy and served as a natural protection and a strategic location to control passage between northern and southern Europe.

A stroll by the lakeside will lead you to the 14th-century paintings, subterranean vaults, towers, weaponry, bedrooms, and furniture. The castle boasts three courtyards and 25 buildings accessible by boat, foot or bus from Montreux town.

A Hike to the Alps

The impressive trails, quiet valleys, and dramatic mountain peaks make great places for hiking. The pathways have signposts while the ski areas have buses and lifts, making it easy to navigate. If hiking for a day or two, use an app to identify all the routes of the numerous hiking trails or sign up with a hiking club.

A Boat Ride to Rhine Falls 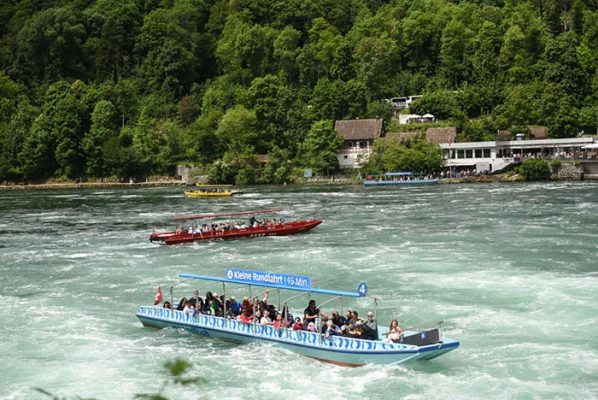 It is dubbed the most powerful waterfall in Switzerland and Europe. The falls are located on the northernmost part of Switzerland near Schaffhausen and stretch on a breadth of more than 150 meters. Its formation was a result of tectonic shifts in the Ice Age which forced Rhine River into a new riverbed.

The water rushes into the depths at a rate of 23 meters per second. In the middle, is a large rock accessible through a circular tour where one gets to observe this natural spectacle up close.

Visitors can also watch the spectacle from several viewing decks while those bold enough can rent canoes or riverboats to visit Schloss Worth and Schloss Laufen. During the Swiss National Day, Rheinfall flaunts a breathtaking firework display that attracts thousands of tourists.

Switzerland also makes an excellent destination for sampling the best wines. Vaud is one of the places for tasting exclusive wine selections along with Lavaux vineyards that have a 12-kilometer stretch of vineyards.

Also, you can visit the caves ouvertes in the early summer period for more wine tasting at a small fee. For the price of a glass of wine, visitors can taste as many varieties as they want and keep the glass as a souvenir. Caves ouvertes has more than 200 vines; 40 of which are exclusive varieties not found anywhere in the world.

You can never run out of things to do in Switzerland. Whether you are an avid outdoor person, have an ear for music or love long rides on a train, this is the place to be. You can’t exhaust all the activities here even on a month-long vacation.

Fun and Crazy Things You can do on Facebook

10 Scenic Scotland Lakes to Mesmerize You

How to Make Your Trip to Santorini A Memorable One

WhatsApp Video Calling is Now On for Android, Iphone & Windows...

Top Countries for Vacation in December

How would it feel to finish the year with...
Attractions

Las Vegas has a reputation for having a regular...
Attractions

How to Make Your Trip to Santorini A Memorable One

Santorini Island is located in Greece. Santorini happens to...
© 2022 All Right Reserved
Share via
error: Content is protected !!