When looking for the best media player for Mac you need to consider a few things like visual display, its user interface and the type of media files it supports. There are a lot of media players out there for you to choose from, all located on the web. Downloading files from the web can be risky and you need to ensure you it is free of virus, malware, ads, and spyware. The best way to do this is by downloading from the various official sites. Some media players are free while others are paid for. Below is a list of the top 7 best media players for Mac that you could go through and pick out the best for you.

My first recommendation will have to be the VLC media player. It is the best for not only Mac, but also other platforms. It is very powerful and supports most file format types, with quite a number of customization and enhancement options to best suit you. You could also use it for screen recording and not just audio and video playing. The only disadvantage is the fact that it drains my battery too fast. Install it on your Mac too and let me know if it drains your battery or not. 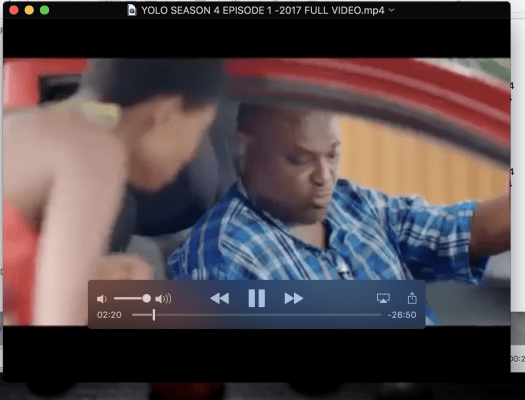 Most Mac users prefer this media player because of its main feature and that is battery optimization. You could play media files for longer on battery power when using this media player. Another interesting feature you won’t find in any other player is the AirPlay support. Its user interface is also easy to use and lots of fun. It can’t, however, play MKV files which are very disappointing. If you don’t play MKV files then this media player will suit you just fine. I also like it because it works with the latest touch bar on Macbook Pro.

This media player has several versions out there, the best I would recommend, however, is the MplayerX version. It can be controlled with the Apple Remote and plays most media files. Its user interface is also quite simple to use and its performance is flawless. Its biggest disadvantage is that it contains pop-up ads which can be irritating.

It is a favorite video player for most Mac users and considered the best when it comes to watching TV shows and movies. You simply need to run a Tv directory and it will properly organize the TV shows that are available. With this feature, you could easily keep up with all your TV shows and never miss an episode. You, however, will need to pay in order to have full access to all its features.

It comes in two unique, different versions and is the only player you actually get to buy from the store. With Elmedia Player a perfectly smooth HD experience is guaranteed thanks to hardware accelerated decoding, which significantly unloads the processor and helps avoiding video slowdown or troubles with sound sync, etc. Hardware acceleration works in a way that your modern GPU is used to decode a video frame and unload CPU, hopefully decreasing power consumption as a result. The first version is free and you simply download, the other is the pro version and contains various in-app purchases. The best feature is that it has a subtitle editing option which is quite cool, plus it contains a 10-band equalizer. The only disadvantage is that you need to pay in order to get full access to all its features.

Its focus is mostly on contents that are online and is a very powerful media player supporting almost every video format. It has both the Ultra 4k and 5k ability to play videos and you can download from any FM station or site directly. With this handy media streamer, you can share the contents of your iOS device with family and friends quickly and easily without fumbling for a cable. But that’s not the only media problem this free, all-in-one software will solve.

Its primary focus is the streamlined CLI option and does not have an interface because it doesn’t run on GUI. You simply get to use the cursor movements for the on-screen controls. It works perfectly considering its size and has a great video output. When you need to save up on space and get all the features of a media player then this is the best player for you.
All the above mentioned Mac media players are quite good and each has its own advantage and disadvantage. The choice you make will depend on your preference or the type of media files you frequently play.

Google Chrome Themes that Will Improve Your Browsing Experience

When it come to Windows 11, Microsoft completely redesigned...
Windows

If you use the best free PC repair software...
Computer

All of us desire to accomplish our work digitally,...
© 2022 All Right Reserved
error: Content is protected !!